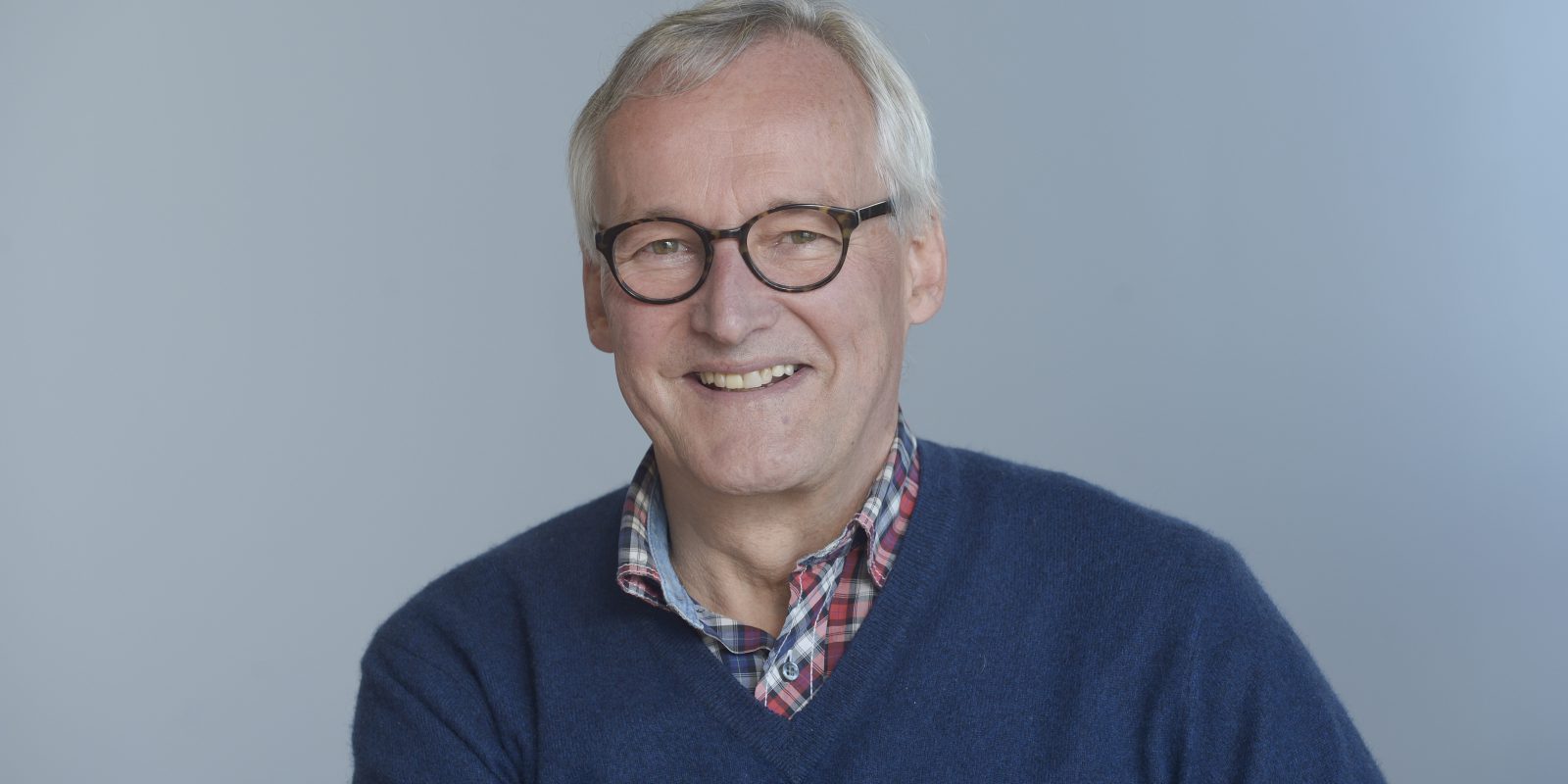 At Docrates Cancer Center Claes' cancer treatments could be adjusted according to his challenging work schedules.

Six months after completing his successful treatment for prostate cancer, Claes Lund opens the door of Docrates Cancer Center and says “this feels like coming home to see friends.”

His comment may seem unusual coming from a former cancer patient, but Claes says his care experience at Docrates has been overwhelmingly positive.

– From the way you’re greeted and taken in by the friendly and knowledgeable staff to the entire care process – I haven’t had any unpleasant experiences and have been fortunate enough not to suffer from any serious side effects from my therapy, he says.

Prostate cancer is the second most common cancer in men worldwide. For most men, mere mention of the words “prostate cancer” strikes fear into their hearts. In addition to the illness, worries of impotence and concerns about masculinity and manhood arise. But Claes is quick to point out that “everything works well downstairs”.

The importance of regular check-ups

In spring 2013, Claes, a Swedish-speaking Finn, who lives in Stockholm with his wife, went for his regular health check-up at Helsinki’s Eira Medical Centre, a Docrates partner. He chose the private hospital because his job as a truck driver who transports foodstuff between Norway, Finland and Sweden requires scheduling flexibility, which the private health care sector is better able to offer than the public sector. During the check-up, Claes decided to have a complete blood work test done because of minor circulation difficulties in his right leg, which periodically went numb. The doctor suggested an appointment with a urologist, as his PSA (prostate-specific antigen) level had gone up slightly.

Annual PSA tests for men over 50 are recommended by Docrates, as early detection of prostate cancer is key for a good prognosis, especially if the cancer is detected before it has spread beyond the prostate.

Claes, who had no other symptoms, was busy driving rigs through Norway, Sweden, Finland and Estonia. Four months went by before he went to see a specialist.

Then, on a Tuesday in late June after a pinprick blood test, Claes was told that it was very likely he had a growth in his prostate. The doctor suggested a few different treatment options but advised Lund to consider a private hospital, which would be costlier but much quicker than the public health care system.

– I’m not a medical expert, but everyone knows that speed is of the essence when it comes to cancer care, says Claes.

– I immediately called Docrates and was given an appointment for the following day.

The next day, July 1, Lund met Dr Timo Joensuu, oncologist and one of the founders of Docrates.On receiving the results of a biopsy and PET scan (position emission tomography), a procedure that produces a 3-D image of processes in the body, Dr Joensuu told Claes that he had prostate cancer.

– Timo broke the news and told me about the various treatment options and their success rates and invited me to come and see him so that we could talk further, says Claes.

– When I arrived the next day, Timo drew a diagram on an A4-sheet of paper illustrating how the prostate works and other factors such as the Gleason Grading System, which is used to evaluate the prognosis of men with prostate cancer. My Gleason score was six: three on one side and three on the other. He then explained how cancer spreads and discussed the possibilities for recovery.

– In hindsight, I think because I received expert treatment and immediate answers to all my questions, I didn’t have to spend any sleepless nights worrying about what was going to happen, says Claes.

– The actual treatment was relatively painless and fast, he says.

Claes says that one of the biggest surprises was the ease and flexibility of care – in part due to the fact that Docrates has two state-of-art RapidArc accelerators, the most advanced form of external radiotherapy.

– For example, if I arrived 10 or 15 minutes early for radiation therapy, the on-duty nurse would ask “is it okay for you to come now or would you prefer to wait for your scheduled time?”

– The only side effect that I noticed during treatment was a sudden and powerful need to use the toilet, says Claes.

– But once I got used to it, I simply ensured that I always knew where the bathroom was, whether I was at a friend’s house or somewhere else. Some people said that I would be tired, but what I had was perhaps mental fatigue from facing the reality of being diagnosed with cancer.

– I continued to work and drive my truck, in fact, I would drive here to Docrates and stop for my round of radiation therapy treatment and then continue working. I didn’t take a sick leave although my wife, my mum and other family members suggested I do so. Cancer is very scary for those who haven’t experienced it, says Claes.

Ignorance is the hardest part

– There are many misconceptions surrounding cancer and that is sometimes more difficult to deal with than the actual illness. People who haven’t experienced cancer don’t understand the difference between the various treatments such as radiation therapy and cytostatic treatment (chemotherapy). For example, many people have asked me why my hair didn’t fall out. When I replied that it was because I didn’t need cytostatic treatment some folks actually suggested that I would have all kinds of complications because I didn’t have chemotherapy and that my manhood would disappear – but there haven’t been any problems in that regard, explains Claes.

One of the advantages of radiation therapy is that a man is not castrated. Whereas during the most common type of surgery for prostate cancer, a radical prostatectomy, the prostate gland and the tissue around it including seminal vesicles are removed.

In Claes’s case, based on the MRI (magnetic resonance imaging) it appeared that the cancer had spread to the prostatic capsule. Surgery to remove the prostate would not have been effective, whereas radiation therapy targeted and eliminated cancer cells beyond the prostate.

– Many people seem to think that surgery is the only option, few know that radiation therapy also works and is very effective, he says.

Peer support with the PSA brothers

During his treatment, he met many men with a similar diagnosis who provided essential peer support.

– I made half a dozen friends, my “PSA brothers”, here. For example, I got to know Tor, who is the insurance director for the Norwegian branch of a Finnish insurance company. We first met in the lobby and had coffee a few times at Helsinki’s Market Square, and I introduced him to Finnish cuisine – we ate Baltic herring and mashed potatoes washed down with Koskenkorva vodka at Elite restaurant (a classic Helsinki eatery). We also took daytrips to places such as Suomenlinna Fortress Island and the Artillery Museum in Hämeenlinna, recounts Claes.

– On my second-to-last treatment day here, I happened to have in my bag a bottle of Koskenkorva Valhalla vodka that I had received as a gift. So I said to Tore, “let’s have symbolic toast to our friendship.” And we did.

– I started using the Kaiku system towards the end of my treatment. Part of the challenge is that as I don’t have a regular work schedule – last week I was driving a truck full of salmon across Norway – I couldn’t just pop into Docrates for a visit, says Claes.

– I’ve also been very interested in wellbeing – I spoke with Timo about exercise and healthy eating, which are always beneficial. Kaiku is very useful because you can get answers about your own medical situation from a doctor or specialist – only those who are coordinating my care have access to my account. It’s an excellent resource, says Claes.

After his first visit with Dr Joensuu, Claes received an itemized bill of what everything would cost.

– We stuck to that budget, and in fact, the final bill was a bit lower than the estimate, says Claes.

– Although the treatment did make a dent in my budget, I thought to myself “shall I buy a new Toyota Corolla or shall I take care of my life?” The latter option was an easy choice. 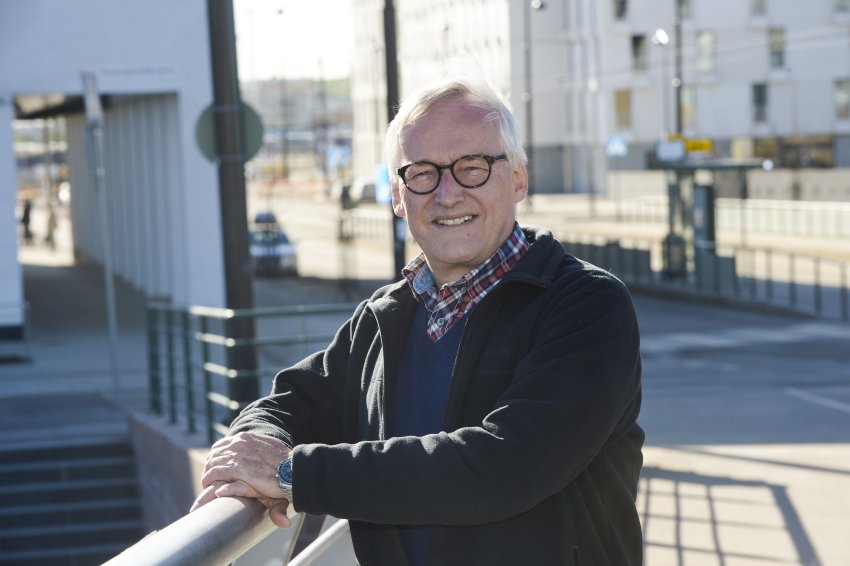