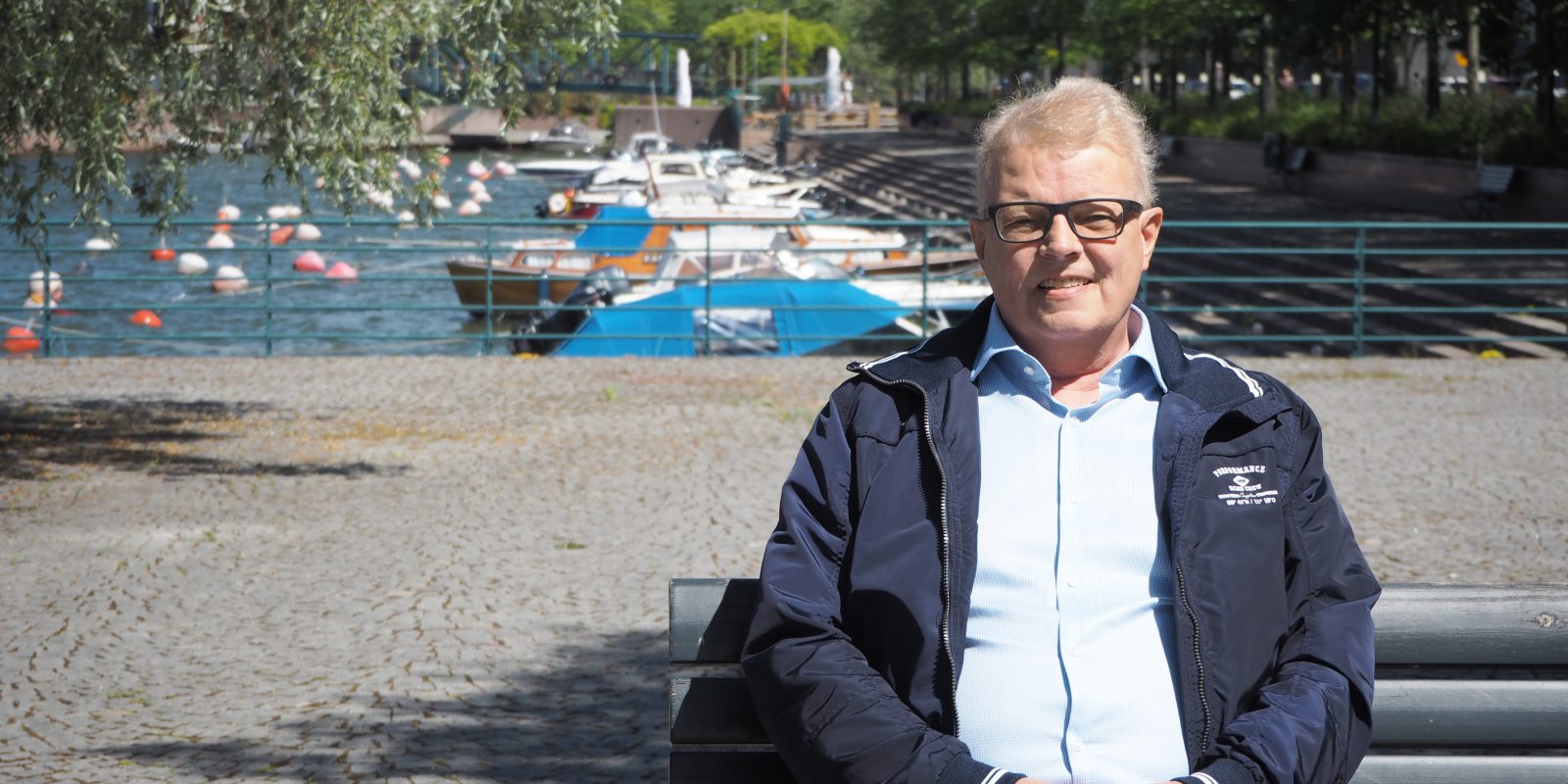 How I got my life back thanks to efficient and fast cancer treatments. Personal experience by Lennart Andersson (59) Lidköping, Sweden recounts his experience.

My constant was tiredness was raising suspicion

In September 2017 I realized that I was constantly exhausted, and I figured it was probably some kind of vitamin deficiency, so I decided to get some tests done, with the help of a laboratory test kit I ordered online. At that time I had no idea it could be prostate cancer.

The test results arrived soon an I found out that my PSA-level was above recommendations and that I should contact the nearest health care center, which I did already on the same day. I was however, told that these kind of online tests are unreliable and there was nothing to worry about. I had to fight to get tested again and after a week I finally got another test and found out my PSA level had increased even more.

Only a few years left

I soon got sent to a urologist in Sweden for further examinations. I was told that I have an aggressive and advanced prostate cancer. A Gleason 4+5 invasive adenocarcinoma, to be specific.

I vividly remember how the doctor told me after a visit in early November 2017, that it’s not possible to treat cancer that has advanced so far anymore. To relieve the symptoms of the cancer I was offered hormonal treatments, though I was told that I’d need to wait a whole month to get started. My life expectancy was approximated to around one year, or possibly something between 6 months and three years. Even though I had received a similar estimate from a nurse a day before, it was shocking to hear the same thing from the doctor.

Concern for my loved ones

I was soon consumed by dark thoughts and worry and I kept thinking about my children and grandchildren. How could I best prepare them for what was about to happen? I also found myself planning for my departure from this world: when would death arrive and how would that feel, would I have to suffer a lot or would it be fast?

Luckily I had already heard of a Finnish private hospital specialized in cancer treatment, Docrates Cancer Center, before the death sentence I received in Sweden. So right after hearing my results in Sweden, things started moving pretty fast.

Already on the day after I visited the doctor, on November 9th 2017, I flew to Finland to visit Docrates where I was greeted by an amazing staff. Their knowhow in the field of cancer care impressed and calmed me down right away. I instantly got the feeling that there was still a chance of me surviving this sickness.

At Docrates, we started a thorough investigation to establish the exact status of my situation. I had an MRI scan and a PET-CT-scan. With the help of these scans I got the best possible overview of the extent to which my cancer had advanced. In the scans we could see that the cancer was both aggressive and widely spread in the pelvic area and bones. The scans done in Sweden had not showed the actual extent of my illness.

After the scans and other tests I met with Dr. Timo Joensuu, the Specialist in Medical Oncology and Radiotherapy, who went through my case and explained all the treatments available for me at Docrates. I instantly approved the treatment plan he suggested and 20 minutes later my treatments started.

By then it was only 6 days from my death sentence in Sweden, 8 days from the phone call from the doctor and about a month since a biopsy that established my aggressive prostate cancer.

According to my treatment plan, we would start with hormonal treatment which would be followed by four doses of radioactive isotope treatment, four to six times of chemotherapy and eventually 25 days of external radiotherapy as well. I realized right away that I would be in capable hands at Docrates.

At the end of November I received the first of my four isotope treatments, monitored by Professor Kalevi Kairemo. The treatment wasn’t any different from any other infusion and I experienced no suffering in the hands of the experienced staff members.

The next day after a scan, we could already see that the new treatment was working. There was a significant reduction of the bone metastases.

That night I returned to Sweden with a confident feeling.

Incredible results after only two treatments

In early January I returned to Docrates for my second isotope treatment. Again the next day we could see that there were results. In fact, the cancer at this point was largely gone!

This news felt like a miracle. It was only 59 days earlier that I found out that my body was filled with cancer cells and that I had twenty metastases all over my bones and pelvic area. I had basically received a death sentence, but suddenly there I was, practically free from cancer!

After the second isotope treatment we mainly focused on decreasing the risk of relapse. I received chemotherapy and external radiotherapy in order to eradicate the last remaining cancer cells from my prostate. I wanted to continue my treatments at Docrates as I had heard so many good things as from other Swedes about the expertise they have in radiotherapy.

To anyone wondering while reading my story, I would like to say that I still have my prostate and although I can’t have any more children I can live a normal life again. In my case not having anymore children is not a problem as I already have three amazing children and one grandchild.

In my opinion there should be a more open discussion on the different treatment methods available for prostate cancer patients. Many men with this illness get an operation, which in many cases is unnecessary and causes tremendous side effects that causes them a decreased quality of life. Prostate cancer is a tough disease that should be treated aggressively by people specialized and experienced in it and all of this is available at Docrates. In my case, getting the new isotope treatment at Docrates was vital.

For anyone in the same situation

After my treatments, my case got a lot of attention in the Swedish media, such as Aftonbladet and local newspapers. After that I have met many unhappy Swedish men struggling with the same problems. I have given them all the same advice, contact Docrates as soon as you can to get treated right away.

Our time on this earth is limited and it’s important that every cancer patient gets treated as soon as possible as cancer doesn’t care about the long waiting times to get diagnostics, or doctors who don’t take you seriously. Cancer grows continually and treating it gets more complicated as time passes.

I wish every cancer patient would consider getting treated at Docrates. Getting valuable information on how your individual cancer can be treated is only one phone call away.

I would also like to thank the staff of Docrates Cancer Center for everything. Especially Timo Joensuu and Kalevi Kairemo for their unique knowledge on cancer care. I would also like to thank the entire staff in general as they always treated me with a smile while giving me the best possible treatment, and made me feel safe while I was going through such a serious phase in my life.

Thank you Docrates for giving me my life back.