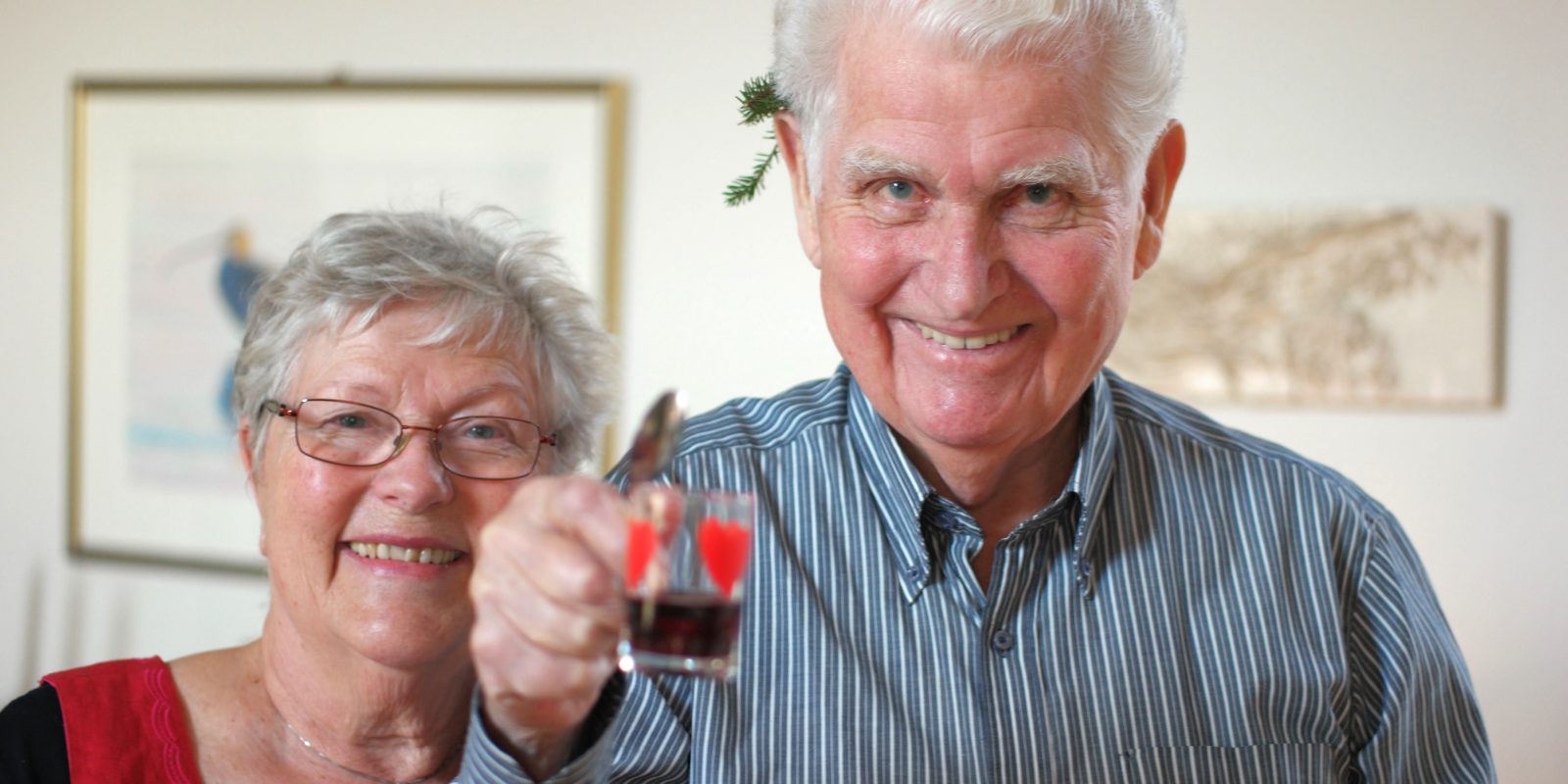 When Torsten Lundberg was 88 years old, he began his cancer treatment. "I had had cancer for several years without knowing it. When I came to Docrates, I found out that it was metastatic." Now his life was given a fresh start.

“Today I have been given a new life”

Torsten Lundberg welcomes me into his and wife Britt-Maris’ apartment in central Stockholm. He is a man of great stature, appears to be in good shape and has a twinkle in his eye. He cuts thin slices of cake, explaining that it’s because he, after the cancer treatment, wants to keep track of his diet, but politely offers me a thicker slice.

– When I was in treatment at Docrates, I asked what I could do on my part to recover and was told that I could eat less sugar and healthier food, he explains.

It’s hard to believe that this man, less than nine months ago, was so seriously ill that he had a hard time walking, was absolutely exhausted and lacked energy.

I had gone to the same urologist for many years and even though the urologist said that everything was ok, he gave me prostate pills, says Torsten.

Torsten took his pills, not reflecting on why he was supposed to take medicine; he just thought that it was normal for a “troublesome prostate” after the age of 80.

Torsten’s personality changed completely from the medicine, from always being optimistic he had become more and more negative about life, constantly tired and apathetic. It was as if his zest for life completely disappeared and the bright, happy usual Torsten could not be found.

Thanks to Torsten’s daughter-in-law Helena, Björn’s wife, listening to a radio program where a previous prostate cancer patient was interviewed, Björn found Docrates Cancer Center in Helsinki. He called directly and an appointment was made immediately for his father. The nurse asked for Torsten’s records and PSA values and just a few days later Torsten, Björn and his nephew sat on a flight to Helsinki for a first examination.

– It turned out that Torsten’s cancer has spread and that he now suffered aggressive, metastatic cancer, says Björn.

At this stage Torsten was exhausted and in bad shape. He had stopped taking the medicine and radiotherapy was started.

– I remember that I felt very well taken care of. I knew that I was in competent hands and the healthcare staff was always very careful about informing me and Björn about what was happening, Torsten says.

Torsten received daily radiation treatments for eight weeks, breaking for weekends, when he and Björn went home to their families. In the beginning Torsten slept most all the time. The day’s ‘happening’ was meeting with the staff and the 20-minute long radiation treatment. In between, he rested.

– Though, even if Torsten was very tired, we had time for the daily meetings in the waiting room with the other patients. There, Torsten could trade experiences and talk for a while, says Björn.

Both Björn and Torsten emphasised punctuality, but above all the individual attention they received in the hospital. It meant a lot and meant that they felt well cared for and safe at all times.

– Torsten was in an extreme situation. He was almost 90 years old with metastatic cancer and very weak. But, his condition turned and he became increasingly alert, says Björn.

Getting stronger by the day

The day before Christmas Eve 2015, treatment was completed. Torsten’s PSA values had fallen and that’s not all. He had lost twelve kilos in weight and is today more alert than he has been for a long time.

Thanks to the EU Patient Mobility Directive, which gives EU citizens the right to healthcare in other EU countries, Torsten got back all the money he spent on treatment from Social Insurance.

Björn, who has been involved in his father’s healthcare the entire time, still has regular contact with Docrates. Torsten has regular blood tests performed to check his PSA value. If his PSA values should rise again, they will go straight to Docrates for a new analysis of Torsten’s state of health.

However, as we have seen today, Torsten is in good shape. No new visit to Docrates seems to be necessary. He is getting stronger by the day and his zest for life has returned.