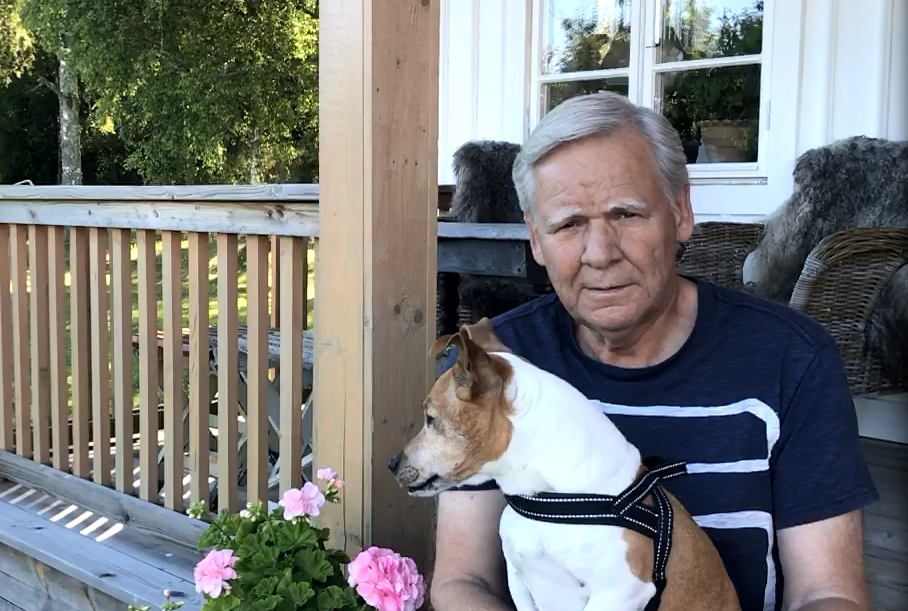 How I was diagnosed with and recovered from prostate cancer – a personal story by Magnus Kruse, Göteborg, Sweden.

It all started with regular PSA-testing

About 13 years ago my wife urged me to take my first PSA-test in the Carladerska Hospital in Göteborg. My PSA value then was approximately 3, which is considered to be within the normal boundaries. I continued taking the test every year, and noticed that the PSA value started to slowly increase.

In 2013 my PSA value was already at 11, and I started having problems urinating. Since then regular biopsies were taken from my prostate. In 2015 the test result from the biopsy showed aggressive prostate cancer. Regardless of the aggressiveness I had to wait 11 months to be operated. In that time the cancer managed to spread outside the prostate capsule.

Surprisingly, after the surgery my PSA value started to increase again, but this time with a lot more speed. I received radiotherapy the following summer, but in the autumn the values went up again. According to x-rays everything was fine though. When I met an urologist about the issue, he just said that we can only wait and see what happens. So after two years of treatment I felt like I was back in square one. When we left the urologist’s office with my wife, we stood in the elevator, shocked, at a loss for words. This was Tuesday, January 23rd 2017.

Son arranged for an appointment at Docrates

After the incident my son, who had read an article about Docrates Cancer Center in the Swedish Dagens Industri –newspaper, called Docrates. He got to speak with a Swedish-speaking nurse, Henna Lundenius, and after this everything started progressing fast.

We collected all my patient records from Sweden and sent them to Henna. She immediately sent us a thorough proposal on suggested treatments and a schedule for them. The following Monday, January 30th, my wife and I together with my son were sitting in the waiting room at Docrates, looking forward to an appointment with Dr. Timo Joensuu, specialized in treating prostate cancer. Based on our discussion I received a personalized treatment plan. Within a week my treatment was in full action.

My treatment started with a NAF-PET bone scan and a PET-CT diagnostic imaging with radioactive Ga68-marker. Based on the findings, Timo told me I had multiple metastases in the pelvis area. Consequently, the treatment plan consisted of hormonal treatment as well as new radioactive isotope treatment. I had no idea what this new treatment was or what it meant, but Timo reassured us with the rest of the staff in a very professional way, answering all questions we had on this treatment.

The treatment itself took little time: a pinch of a needle in the arm, followed by cooling of the salivary glands by cooling bags to avoid dryness in the mouth. After this we just waited at the ward for a while for the radioactive substance to leave my body.

After the first isotope treatment nearly all of the metastases were gone. A month later, after the second treatment, there were no metastases to be found in my body at all. No wonder they were proud of the results at Docrates! No matter who I met there, everyone seemed to know about me and my treatments. Everybody in the staff had heard that I had such great results and I felt happy to be a cancer patient in this particular hospital.

In order to be sure that we managed to destroy all cancer cells, Timo made a plan for radiation therapy after the isotope treatments. We started the radiotherapy on May 4th, and I had therapy every week day for 5 weeks. The first issue was accommodation during treatments, but I didn’t have to worry about that as Docrates arranged for a temporary apartment for me within a walking distance from the hospital.

I received 10 minutes of radiation per day. The next thing was to figure out what to do with the rest of the time each day. Besides sightseeing and museums, I enjoyed walks by the sea shore all around Helsinki, and many big events the city held in the weekends. The last week my brother came to visit, after which time flew by.

I knew the radiation would cause some problems, such as fatigue, stomach problems and joint stiffness. Now however, after 4 weeks since the treatments, life is back to normal. I now remember again how good life felt before the cancer diagnosis. The improvement in my situation has been fantastic.

Encouragement for others in the same situation

Time is a limited resource, when talking about prostate cancer. It’s not right to be told that you should just wait and see what happens. Quite the contrary – that’s when you need to move fast!

If you have a cancer diagnosis, get yourself a second opinion. There’s more and more new technology for cancer care, and Docrates and Finland are not far away. So pick up the phone, travel to Helsinki, and make the best investment of your life!

I would like to say a big thank you to the staff at Docrates and especially my own care team there: Henna Lundenius, Timo Joensuu, Kalevi Kairemo, Jarno Lillak, Katja Samushenkova, Aili Sihvo, plus everyone at radiation therapy.

* The new treatment that Magnus had, has a special permission for compassionate use by the Finnish Medicines Agency (Fimea).