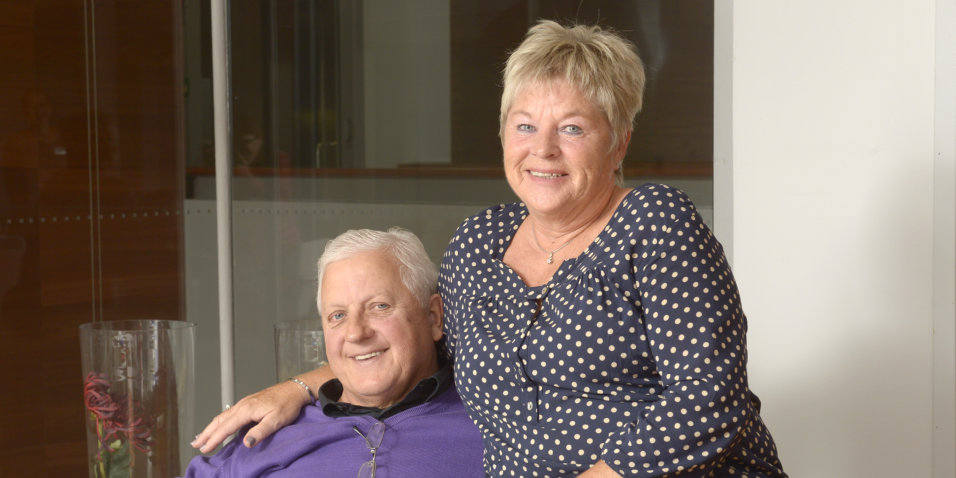 Furniture and home electronics shop owner Helge Viken, 61, was vacationing in Spain last autumn when he started to experience difficulties going to the toilet. “I was going 4 or 5 times a night, so I thought something might be wrong,” says Helge.

On returning home to Norway, Helge contacted his doctor, who suggested a referral to the local hospital for further tests. “Normally waiting for an appointment takes 3 to 4 weeks. But as I have private insurance with Vertikal Helse, I contacted them and they sent me to Trondheim and then to Aleris Helse [a private medical center and Docrates partner] in Oslo,” says Helge.

“Then I received my diagnosis: aggressive prostate cancer that had spread to my bladder and lymph nodes,” he says. Reeling from the initial shock, Helge then asked his doctor what should be done next. He immediately replied: “Go to Docrates in Helsinki, it’s the best place for cancer care.”

Helge and his wife Aud Inger Viken, 57, who has been by his side from the beginning, came to Docrates Cancer Center for an initial visit in December 2012 before Helge started treatment for prostate cancer, one of the most common cancers among men.

Since then, the Vikens have travelled to Helsinki close to a dozen times for chemotherapy, radiotherapy and lymph drainage therapy from their home in Bud, a small fishing village that was once the biggest trading post between Bergen and Trondheim in 16th- and 17th-century Norway.

Both Helge and his wife have nothing but praise for their experiences at Docrates. From the start, one of the most important assets has been Helge’s personal nurse Liisa Kokko, who speaks of a mix of Swedish and Norwegian.

“When someone is talking ‘Scandinavian’ it makes a big difference,” says Helge, with a laugh.  In addition to making communication seamless, it’s reassuring to have everything explained in one’s own mother tongue. At Docrates, it’s possible to receive care in more than ten languages including English, Finnish, Swedish, Norwegian and Russian.

As his nurse, Liisa has administered the majority of Helge’s seven chemotherapy cycles, which inhibit cancer cell growth and multiplication. “Liisa was the reason Helge felt so safe and decided to have the treatment here at Docrates,” says Aud. “The whole time she has taken such good care of him and explained every part of the process to us. And she is very friendly and professional.”

Helge says that he has also appreciated the speed and ease of care. “When I’m back in Norway and thinking about things, I can send an email to Liisa and she answers within an hour, which is very fast,” he says.

Not only has their insurance company Vertikal Helse covered the cost of their treatment at Docrates, it also covered hotel and apartment stays and physical therapy.

“The first time we came to Docrates we stayed at the SAS hotel nearby for two or three days and then went back to Norway. But when we started radiotherapy we rented an apartment nearby through Docrates,” says Helge, whose initial chemotherapy treatment took place every second week over 14 weeks; it required 7 trips alone to Helsinki.

Docrates has negotiated special rates with hotels and short-term apartment leases near the Center and the Nordic Clinic patient hotel, which is in the same building as Docrates, allowing for easy access to the Center. Patients who are staying for a longer period of time often prefer to have self-catering flats for their homey setting.

“Vertikal Helse has also been so fantastic in this regard,” says Helge, who decided that as he would be in Helsinki for several weeks for radiation treatment he would prefer an apartment, if possible. “I asked the insurance company, and I thought that the answer would be ‘no’, but within a day, they said ‘yes’, and that was a nice surprise.”

Helge has also benefitted from lymph drainage therapy, a form of physiotherapy that plays a significant role in the treatment of certain physical problems such as swelling that can occur following cancer treatments.

“I had a lot of problems with my legs, as they were retaining a lot of fluid,” says Helge, “I went for ten rounds of therapy which is like massage, as I was having difficulties getting my shoes on.”

The massage therapy helped pump away ten kilos of extra fluid in Helge’s legs due to lymphatic circulation disorder that is common following certain cancer treatments. Aud credits the therapy with aiding his recovery. “He’s much better now,” she says. “We walk several kilometers every day.”

Helge provides an essential service for the village of Bud, where he and Aud live. The coastal town is 500 kilometers northwest of Oslo and has a population of about 1,000 residents.

“Now we have some plans to build a bigger building and to expand the business, so Helge has to be okay,” says Aud. “It’s very important,” agrees Helge, with a smile. 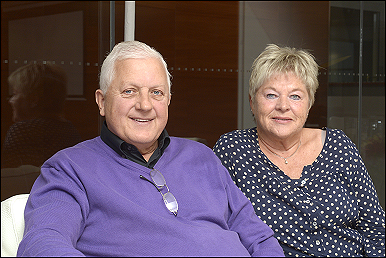 The Viken’s two daughters live nearby and their three grandchildren often drop by after school. “You don’t think about how lucky you are when you are well – until something happens,” says Aud. “Our eldest grandchild had leukemia when he was just 2 and a half years old (about ten years ago), so we had that experience too, but he’s well now. It was a tough time, but when he got well we almost forgot that he had been sick,” says Aud.

She says that Helge’s illness has made her more aware of the importance of family and of how quickly life can change. But the Vikens feel that they have also been fortunate.

“We have often said to each other how lucky Helge is that he came to Docrates, because he was diagnosed with a very aggressive type of cancer and he got treatment so soon; that was very important,” says Aud.