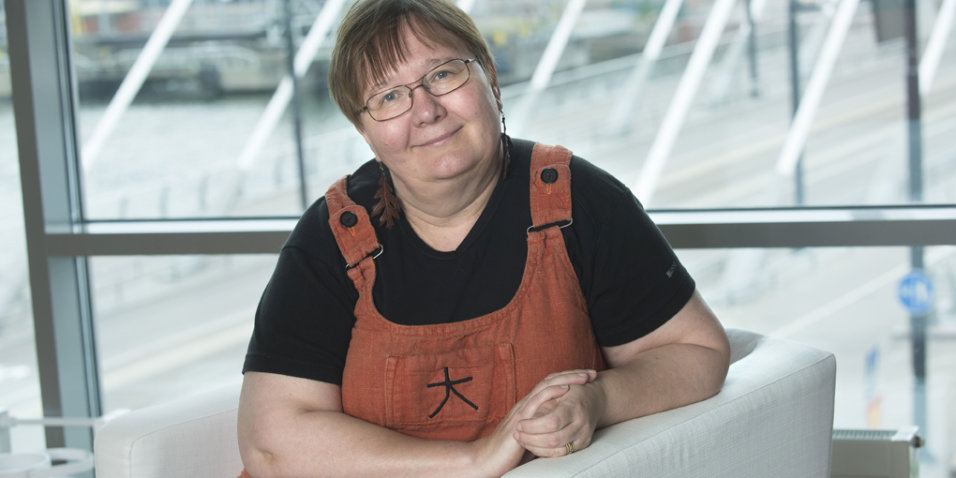 When Krista Jännäri, an art director who runs her own advertising agency, received an invitation for a breast cancer screening mammography in autumn 2012, she almost didn’t go.

“Two years earlier I’d gone for a mammogram and nothing was detected. There was no family history of cancer, and I was very busy with work and home,” says Jännäri, 57, the mother of two young women in their early 20s.

Her last-minute decision to go was life changing.

“Shortly after the mammogram, I was diagnosed with breast cancer,” says Jännäri.

The diagnosis date was November 23rd. Two weeks later, on December 4th, Jännäri underwent surgery as a patient at Docrates.

“I knew very little about cancer care, so I was very fortunate to be guided to Docrates by radiologist Marina Rosliakova at the clinic where I received my diagnosis. She advised me that if I could, I should go to Docrates because it’s the best in Finland.

Jännäri contacted her insurance provider, Mandatum Life, and when they assured her that all of her treatment would be covered, she got back to Rasnikova, who wrote up the necessary documents. “The sooner that I could get the paperwork to Docrates, the better to get the ball rolling, so to speak,” says Jännäri.

Then Jännäri drove from her home in Nurmijärvi, a rural community about 40 kilometres from Helsinki, picked up the documents and took them to Docrates. She was in for a series of pleasant surprises.

“There was Patient Service Coordinator Arja Vilkko waiting for me in the lobby of Docrates at a quarter to four on a Friday afternoon. Together we filled out all the necessary paperwork in a place that doesn’t look or smell like a hospital,” recalls Jännäri.

“I was probably experiencing some kind of initial shock – thinking I have cancer, I could die from this – when Arja inquired whether I was in a hurry. Because if not, Docrates’ Chief Medical Director doctor Timo Joensuu would be able to see me immediately.

“Well, my jaw dropped: I’m used to hearing that perhaps in a month’s time there might be an appointment with a specialist!”

Upstairs in his office, Dr Joensuu explained to Jännäri what breast cancer is on general level, what had been detected in her ultrasound, and what would happen next. “Then, he consulted his schedule and very casually asked me: ‘What’s your schedule like next week? Would you like to be operated on next week?’”

“I couldn’t believe it! I’ve heard of women having to wait six weeks or more for surgery,” says Jännäri.

Jännäri went for surgery on December 4th at Laser Tilkka, a family-owned private care facility where Docrates’ surgeries are carried out.

“My doctor, Tiina Jahkola, a top plastic surgeon specialized in breast cancer, asked if I had some extra money, as she would like to operate on my healthy breast at the same time so that it would be the same size as the other one,” says Jännäri.

“It was reassuring because frankly the last thing on your mind when you’re thinking about whether you’re going to live or die is whether your breasts will be the same size. My husband gave me the other breast as a Christmas gift,” she says, laughing.

The following weekend Jännäri travelled to Tallinn, the capital of Estonia, which is about 80 kilometres from Helsinki, with her husband for a mini-break. “I booked an appointment with the hotel hairdresser and said ‘cut it as short as possible, because my cancer treatment will continue with radiotherapy and possibly cytostatic therapy,’”says Jännäri, who at the time had semilong auburn hair.

The next week she met with Dr Joensuu. He told her that her breast cancer was hormone positive, grade II, and after 28 fractions of radiotherapy she would take Tamofen (a prescription drug commonly prescribed to treat breast cancer) for five years, but wouldn’t need cytostatic therapy, which can cause hair loss.

“If you carry an umbrella, it won’t rain. If you go to Tallinn and cut your hair, you will avoid cytostatic therapy – the hairdresser was my umbrella,” says Jännäri, with a smile.

Jännäri, who is active in amateur theatre, joined the Finnish Breast Cancer Association and says that the peer support she’s received there has been invaluable. “There are some things that only people who have been through this experience understand,” says Jännäri.

Now Jännäri helps other newly diagnosed women. As an avid photographer, one of the things she did was compile photos of the treatment process so that she can explain it to others and ease their pre-treatment anxieties.

“I don’t believe in this saying that ‘what doesn’t kill you makes you stronger,’ but I do think that this group is one of the positive things that has come out of my experience with breast cancer,” credits Jännäri.

The effects of cancer affect the whole family. “So much so that a woman who has cancer sometimes has to hide her feelings and state, because the family is at its weakest in some ways,” says Jännäri. “The cancer patient hears first-hand what the doctor says, but the family is on the sidelines because they don’t know everything, and they’re often scared and unsure of how to help.”

Cancer also rattles through a person’s social network. “Fairweather acquaintances often disappear, but that’s liberating, it shakes things up and makes room for those who have sympathy and empathy. Support and solace can be found in the most surprising places and people,” says Jännäri, citing the staff at Docrates.

“From the person mopping the floors in the lobby to Chief Medical Director Timo Joensuu, the care path here has been seamless and friendly. From the moment I registered here at Docrates, somebody has constantly taken care of me. For example, they have taken care of all my paper work; all I’ve had to do is sign on the dotted line. Having someone else take care of that contributes to your wellbeing, especially when you’re sick,” says Jännäri. “I’ve felt as though I’m the most important patient here at Docrates.” 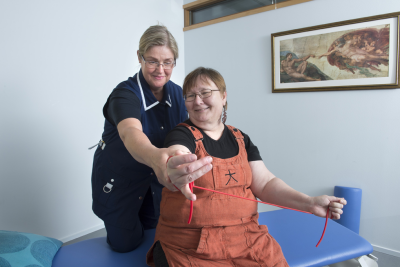 Jännäri says that there have been many other positive surprises. “A life-threatening illness doesn’t stop a person, it just slows them down,” she says.

“I’ve also been overwhelmed by how well my insurance has covered everything. I think my insurance provider Mandatum Life has been very fair. I’ve been making payments for decades. In three months I’ve received all the payments I’ve ever made. I wouldn’t have been able to afford private care on my own and this care that I’ve received at Docrates has been so positive.

“I’ve been able to ride the Cadillac of cancer care here at Docrates,” says Jännäri.