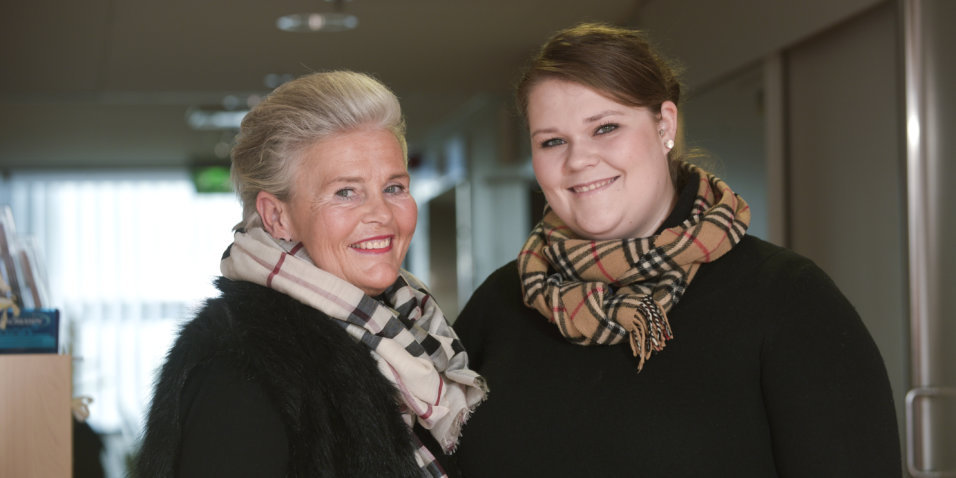 It was a beautiful autumn Thursday in September 2011. I was expecting my mother, Maaria, home in the middle of the night from a weeklong vacation in Spain. No one could have foreseen what kind of nightmare this particular Thursday would turn into, although dark clouds were quietly casting their shadows.

A week earlier an abnormality had been discovered in my mother’s breast. While a mammogram revealed nothing, an ultrasound indicated tissue change. A needle biopsy had been taken, and we were awaiting the results.

Meanwhile, my mother had been nervous and anxious throughout her holiday and had called me, tearfully, from Spain several times.

I tried my best to reassure my mother, who was travelling alone. I didn’t believe that the biopsy was any reason for concern. So I cheerfully answered the phone on that fateful Thursday. Much to my shock, my mother cried out: “It’s cancer!”

Those words raced through my mind over and over again. I recall thinking, “No, this cannot be true.” And now my mother was in another country and repeating the word “cancer.”

I didn’t know how to react. I tried to calm myself down as I cried. There is nothing that can ever prepare a family for such news. When we ended our phone call, I continued crying. Then I called my friends and cried. I also found myself repeating the word “cancer.”

For a moment, I was afraid of death, but I pushed that thought out of my head. Instead, I decided that we would get through this at any cost – and – above all, together. That afternoon I called the municipal hospital, which promised the moon and the stars from the sky and prompt treatment.

However, as I mulled over the idea that my mother would have to visit a hospital – an environment that I didn’t feel would be good for her – I continued looking into different options. Friends recommended that I check out the website of a private clinic called Docrates and after doing so I decided to call Docrates immediately on Friday morning.

Following her return from Spain in the middle of the night, my mother was sleeping on Friday morning when I called Docrates. I talked to the nurse for a long time, explained the situation and said that I wanted my mother to be in a positive environment where she could recover. My mother called out from bed and said, “It’s all the same to me, and I don’t care where I go for treatment.”

The Docrates nurse understood the situation and reassured me that my mother would eventually become interested when she was ready. One of the most reassuring things was that the nurse asked how my mother had taken the news and inquired as to how we were managing as a family. At that moment I knew that Docrates was the place where I wanted my mother to be treated.

I ended the conversation and the nurse promised to organize everything and get back to us as soon as possible.

A couple of hours later the phone rang and it was the nurse telling us that she had booked an appointment for us on the following Monday with an oncologist and the operating surgeon. I told my mother that I will forgive you if you lie in bed today and cry, but tomorrow you must get up and get dressed or I will be angry. That evening we sat together at the coffee table, even though it had been a very difficult day.

Help is at hand

On Monday, we had mixed feelings as we drove 180 kilometres from our home in Naantali, a well-known spa town on Finland’s southwestern coast, to Helsinki. When we arrived at Docrates, the warm atmosphere surprised me. Nobody looked ill, yet I knew that in each group there was likely one person who had cancer. It was scary, but at the same time  reassuring.

The appointment with the doctor was also reassuring and comforting, as my mother’s tumor was small and they believed the prognosis to be good.

Early on a Tuesday morning, we then met with the operating surgeon at Laser Tilkka, one of Docrates’ trusted partners for breast cancer operations. My mother said that she still didn’t care what was done, so long as “it” was all removed. At one point, I realized that I was discussing the different alternatives with the doctor and making decisions on behalf of my mother. In the end we agreed on a mastectomy and reconstructive surgery of a new breast.

A week later, we were back at the hospital, getting ready for my mother’s operation. In the lead-up, on several occasions I tried to explain what would happen, as my mother was starting to show a little interest. Now, she bravely went to the surgery, which was made easier by the knowledge that the staff was skilled, professional and empathetic.

And then there was nothing to do but wait, which I did at a friend’s place. Until the surgery, we wouldn’t know whether or not the cancer had spread elsewhere.

A few hours later my phone rang and it was the recovery room nurse. “I just wanted to call and tell you that her armpit and lymph nodes were clean. Your mom is doing well. The surgery is continuing, but as soon as we’re done I’ll call you and you can come here and see her.”

The post-operative days were long. At the hospital I sat by my mother’s side from morning until night. Day by day, she improved. The medical staff was unbelievably wonderful. Not only did they look after my mother very well, they also took excellent care of me. The good news was that the tumor was only 7 millimeters in size and had not spread, which meant that in all likelihood no further treatment would be necessary.

Two weeks later, we experienced another shock. The tumor pathology indicated that her diagnosis was HER-2 positive and gradus II, estrogen receptor-positive breast cancer. That meant my mother would have to take a targeted therapy medicine often taken in combination with cytotoxic agents. My mother started crying, and so did I.

We transferred to Docrates where all of the treatments would be given. The doctor and I had tailored a treatment suitable for my mother, taking into account both the physical and spiritual side. We went to the first treatment session with mixed feelings. “Take the bag, you’ll vomit all day,” my mother’s acquaintances had advised.

Mom was scared. What if she has an allergic reaction, or vomited constantly? What if everything went wrong for some other reason? At the first treatment session the nurse sat beside my mother the whole time and reassured her. She also took my mother’s concerns seriously. As we left, we were given good advice and told to call immediately if there was anything troubling us.

My mother was well throughout the treatments that ensued. She didn’t vomit once, and was so strong that we were able to travel across Europe several times. And although her hair thinned a bit, she was incredibly happy that it didn’t fall out so she never had to wear a wig.

Every time we went to Docrates it was easier. In addition to the good care, we made friends with the staff. Of course, the treatments were mentally and physically tough. But I firmly believe that the empathetic, knowledgeable and caring staff, the advanced and precise treatment plans and the seamless cooperation between Docrates and Tilkka hugely aided my mother’s general sense of wellbeing.

For every cancer patient, waiting is terrible. That’s why it was so wonderful that all the results always came immediately. No lining up and no unnecessary waiting. In this type of situation every extra hour is one hour too long.

Although our year was tough, it was also instructive. It made us re-evaluate life and enjoy every day. My mother and I often say that we hope we don’t have to recommend a cancer center to anyone we know, but if we do, we can only highly recommend Docrates. We don’t think that you can find a better place to heal.

My mother now has a clean bill of health and we want to thank the following staff members: Tiia Pihlamaa, Katariina Laurila, Leila Vaalavirta, Arja Vilkko and the wonderful nurses, Martta, Jenni, Marianne and Malviina. Without you we wouldn’t be here.