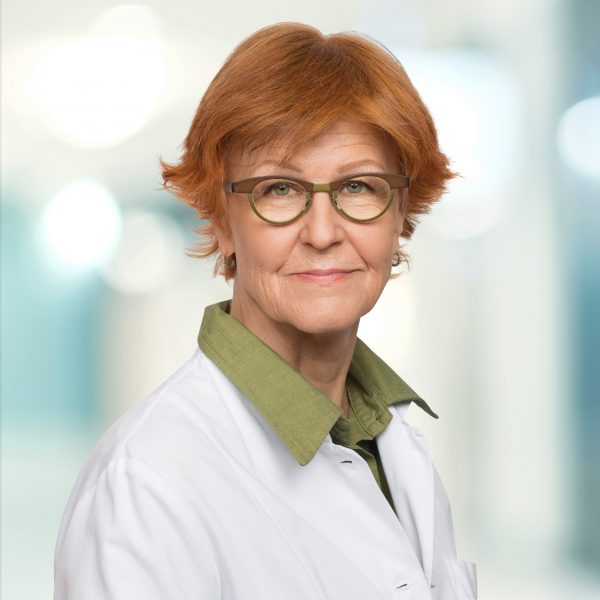 Treatment and follow-up of breast cancer, treatment of cancer-related psychological distress, psychological support for cancer patients and their loved ones, helping to adapt to a new life situation.

Discussing breast cancer and the different treatment options together with the patient. Hormonal therapy for breast cancer. Breast cancer follow-up care. Providing psychological support for the patient and their family. Crisis therapy.

Päivi Hietanen has long-term experience in treatment of breast cancer patients. She has also acquired the qualifications of a psychotherapist to help patients and their families in a mental crisis caused by illness. For this reason, she and her colleagues were able to set up the first psychosocial support unit at the Helsinki University Hospital Comprehensive Cancer Center. Later she became editor-in-chief of the Finnish Medical Journal, which opened up a broader perspective on Finnish healthcare and medicine. At the same time, she continued the treatment of cancer patients in her private practice, following international developments in breast cancer treatment. She sees the treatment of patients and their relatives as a meaningful work close to her heart. She attends international treatment policy meetings in the industry to be able to best serve her patients.

International and domestic scientific publications dealing with breast cancer, breast cancer treatment and follow-up care. Additionally, publications on the psychological distress caused by cancer, the patient's and their partner's adaptation to the illness, the interaction between doctor and patient as well as interaction training of physicians.

Memberships and positions of trust