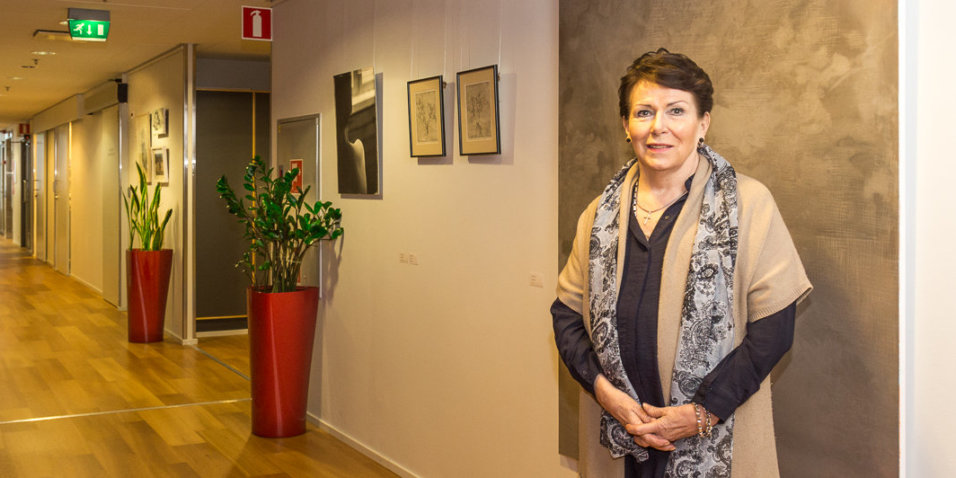 Outi Swanljung was 67 years old when she heard the news: she had breast cancer. She wasn’t surprised. “I was expecting it,” she admits. Today Outi is free from cancer and has learned to appreciate life in a whole new way.

The bad news were expected

It has been almost four years since the day when Outi Swanljung was told that she has bilateral breast cancer i.e. a tumor in each breast.
“I wasn’t surprised. My mother died of breast cancer and my two brothers died of prostate cancer,” Outi says quietly, but cool-headed.
In fact, Outi did not spend too much time to feel sentimental about what had happened. She is a woman of action, who wanted to get healthy as fast as possible.

Outi contacted Docrates Cancer Center in Helsinki immediately after hearing the news, as she wanted to start the cancer treatments without any delays. A MRI scan revealed that Outi had actually three tumors; two in the right breast and one in the left. She ended up having both of her breasts surgically removed.
“When it was over, I went to visit some good friends in Italy to get some rest. It was very important to me and meant a lot to me at that time,” says Outi who still, despite her age of 70 years, continues working as a researcher.

The drug therapy was initiated three weeks after the operation. Outi continued working during the twelve-week-long treatment and was lucky enough to feel good basically every day.
“During the treatment, I lived my life as normally as one possibly can in that kind of situation. I wasn’t too worried about myself. There’s no sense in that,” she says, but admits that after the diagnosis she did start to worry about the well-being of her grown-up son and her ten years younger little sister.
“Still, since I’ve had to live surrounded by cancer in my family, I’ve learned to cope with my worries. I don’t give room for these kind of things nor let them interfere with my life. I believe that if you go around worrying about things, there’s a risk that it will eventually ruin your life – and that’s not what I want”, Outi states.

Outi says she’s always been a curious person. In addition to having worked as a dental practitioner at her own dental clinic, she has studied, worked as a lecturer and done research during the greater part of her adult life. Her background and curiosity for things came in handy during her time of sickness.
“Since there have been so many people who’ve had cancer around me over the years, I was well-read and knew what was happening to me when it was my turn. I was lucky to have the same doctor and the same nurse to whom I could turn whenever I wondered about something. That made me feel safe from the outset,” says Outi.

Four years after the diagnosis

Now it’s been over four years since Outi was diagnosed with bilateral breast cancer. Her treatment turned out to be very effective and she now lives a normal life. However, she still has regular control visits at Docrates Cancer Center twice a year, just in case.

“I’ve had the same healthcare team throughout treatment and I feel safe and welcome whenever I go there. It feels good that things are that way.”

Art has always played a crucial part in Outi’s life and during her illness it became even more important to her. In view of that she decided to lend 40 paintings from her art collection to Docrates. The collection consists of, among other things, artworks painted by the famous Finnish artist Heli Hiltunen.

“After becoming sick I started to experience art in a whole new way. My sensory impressions became stronger and my experiences of color became more intense than ever before. I could find great comfort and serenity in viewing my artwork, and I hope that even other patients at Docrates can now feel the same thing,” she says.

After having gone through all her treatments, Outi admits that her perspective on life has changed for good.
“I have always appreciated culture, but now I appreciate art and music even more. Besides that, I enjoy life more and appreciate each and every day in a very different way than what I did before.”