In leukaemia, leucocyte precursors in the bone marrow develop into malignant cancer cells. Leukaemia is different from other cancers in that it does not form solid cancer tumors. 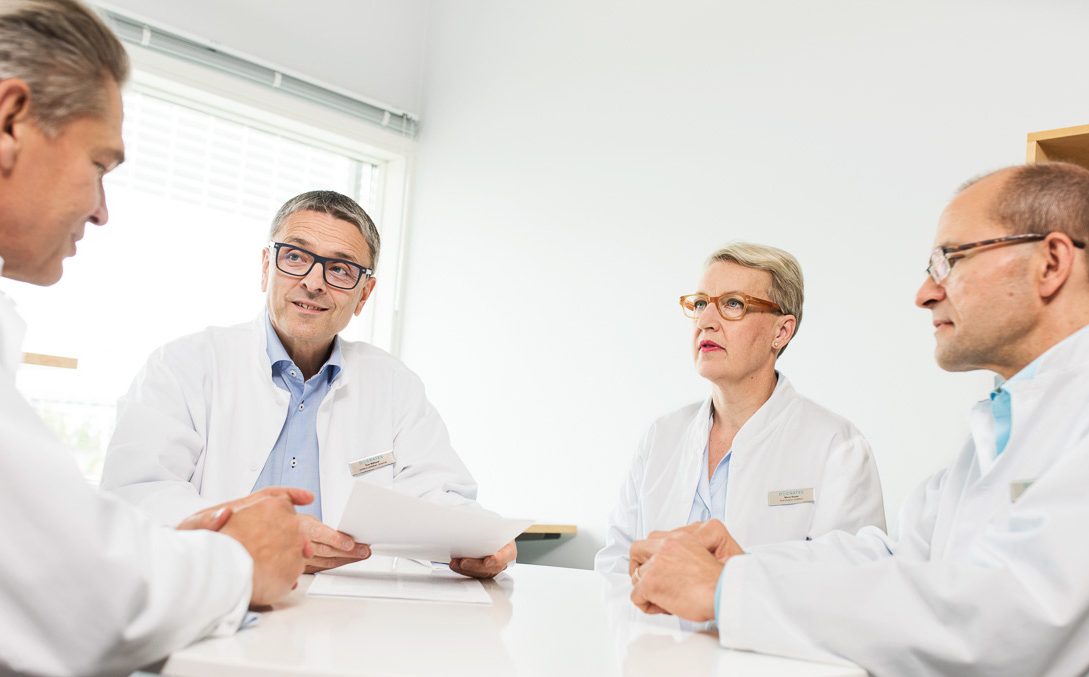 The cancer cells are in the blood and bone marrow, sometimes also in lymph nodes, the spleen and other parts of the body. Leukaemia is the most common type of cancer in children. Leukaemia is not hereditary; however, in some families, there may be more than one member with a malignant blood disease. In some hereditary or congenital diseases, the repair mechanisms of DNA are disturbed, and the risk of acute leukaemia is considerably elevated.

Today, there are advanced pharmacotherapies available for leukaemia, and efficient treatments have been found for many different types of leukaemia. Targeted therapy for cancer was first developed for chronic myeloid leukaemia. With this therapy, in the majority of patients, leukaemia can be kept efficiently under control and it goes into remission. In this type of leukaemia, the prognosis of patients has improved dramatically. As regards other types of leukaemia, chemotherapeutic agents combined with antibodies give increasingly good results, and stem cell transplantations with stem cells collected from healthy donors (allogeneic stem cell transplantations) are increasingly often successful.

Chronic leukaemia may have similar symptoms, but they are less severe and develop over a longer period of time. In addition, they may include fever without infection, weight loss and strong night sweats. Sometimes, enlarged lymph nodes or spleen may cause symptoms.

The most common findings are anaemia, with haemoglobin levels falling below the reference range; falling (acute leukaemias) or rising (chronic leukaemias) leucocyte count; and falling thrombocyte count. Symptoms of anaemia include fatigue, pallour, tachycardia, buzzing in the ears and nausea. A low platelet count increases bleeding tendency. This usually results in spontaneous bruising, nosebleed, gingival bleeding and prolonged wound bleeding. A low leucocyte count makes the patient susceptible to infections. Even though the leucocyte level in blood increases in chronic leukaemias, the number of functioning healthy leucocytes in the bone marrow and blood falls, which can increase the patient’s susceptibility to infections.

Acute leukaemia rapidly leads to various symptoms that make the patient see a doctor. The disease is diagnosed on the basis of changes in the haematological picture, detected in blood tests. Chronic leukaemia is often detected by chance in connection with blood tests. Blood tests show a permanent increase in leucocyte count over a longer period of time. The leukaemia diagnosis and type of leukaemia are established through special examinations carried out by the haematological unit of a university hospital. The diagnosis is made on the basis of tests on the bone marrow. A biopsy and a number of aspirates are taken from the bone marrow for special examinations. A number of lab tests on blood are carried out for the diagnosis and the analysis of the functioning of the body. In acute leukaemias, so-called blast cells (immature leukaemia cells) are detected in the blood and bone marrow. In chronic leukaemias, leukaemia cells are similar to healthy blood cells, but their number has clearly increased. Cell-surface marker tests of leukaemia cells enable a rapid accurate diagnosis of leukaemia. Chromosome and gene tests provide additional information for establishing the diagnosis and, in addition, often information on the prognosis of the disease. Monitoring of possible chromosomal or genetic changes is also useful for the assessment of treatment response.

A specialist of clinical haematology, i.e., haematologist, is responsible for the treatment of leukaemias. Acute leukaemias are usually treated in the haematological unit of a university hospital. Chronic leukaemias can be treated in other haematological treatment units, and they are treated on an outpatient basis. They do not usually require a hospital stay. Various chemotherapies constitute the basic treatment of leukaemia. Antibodies that recognise cancer cells can be combined with chemotherapeutic agents. In addition, various supportive therapies are needed: blood products, antibiotics, antinauseants and medicines that protect the gastric mucosa and the kidneys.

The treatment of acute leukaemia is initiated with a high-dose induction therapy consisting of several chemotherapeutic agents. The purpose is to destroy the leukaemia cells in the blood and bone marrow (morphological remission). If this is achieved, a number of therapies are administered that improve the response to treatment. They are called consolidation therapies. If these treatments do not cure the leukaemia or if it comes back, an allogeneic blood stem cell transplantation may be considered. It is carried out using blood stem cells collected from a voluntary donor. A suitable donor cannot always be found, because the tissue types of the donor and the patient must be identical. A suitable donor can most likely be found among the patient’s siblings. However, it is also possible to look for a donor in the register of voluntary stem cell donors. The Finnish Stem Cell Registry is maintained by the Finnish Red Cross and includes about 22,000 voluntary blood stem cell donors. In addition, there are international registries that contain approximately a total of 22 million donors.

A stem cell transplantation is a demanding procedure and suitable only for some patients. A moderately high mortality rate is associated with the procedure. Mortality can be caused by the toxicity of the treatment, a possible severe graft-versus-host reaction and a relapse.

Acute leukaemia often returns, particularly in adults. Most children with leukaemia are cured. Current treatments cure more than 80 per cent of children with acute lymphocytic leukaemia (ALL), the most common leukaemia in children.