Hodgkin lymphoma is a cancer of the lymphatic tissue. Usually, it starts in a lymph node and the first detected sign is an enlarged lymph node. 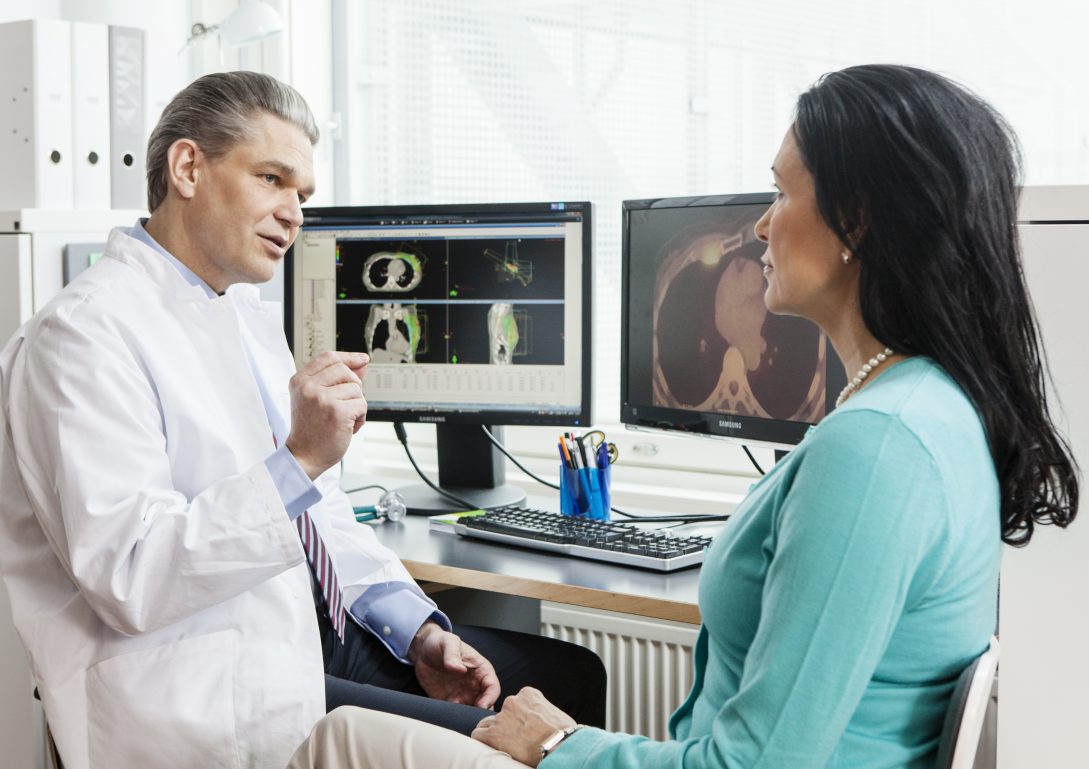 The only initial sign of Hodgkin lymphoma may be a swollen lymph node in the neck. Most patients are symptom-free at the time of diagnosis. The symptoms partly depend on the location of the tumor. A painless cough may be associated with the disease if mediastinal lymph nodes are enlarged. Some patients experience general symptoms, so-called ‘B’ symptoms, such as fever, sweating and tiredness.

The disease is diagnosed by examining a piece of tissue, usually obtained by removing a swollen lymph node. Once the diagnosis is established, the cancer is staged. Usually, this involves a CT scan of the body and an FDG-PET/CT scan. A bone marrow biopsy may also be performed to ensure successful staging.

The choice of treatment depends on the stage of disease and the symptoms. The most common treatments include chemotherapy and radiotherapy and combinations thereof. If the disease recurs, biological targeted agents may be used, and stem cell transplantation may be included in the treatment.