External radiotherapy is an effective form of prostate cancer treatment. Patients who have received radiotherapy maintain potency and urinary continence better than those who have undergone surgery. 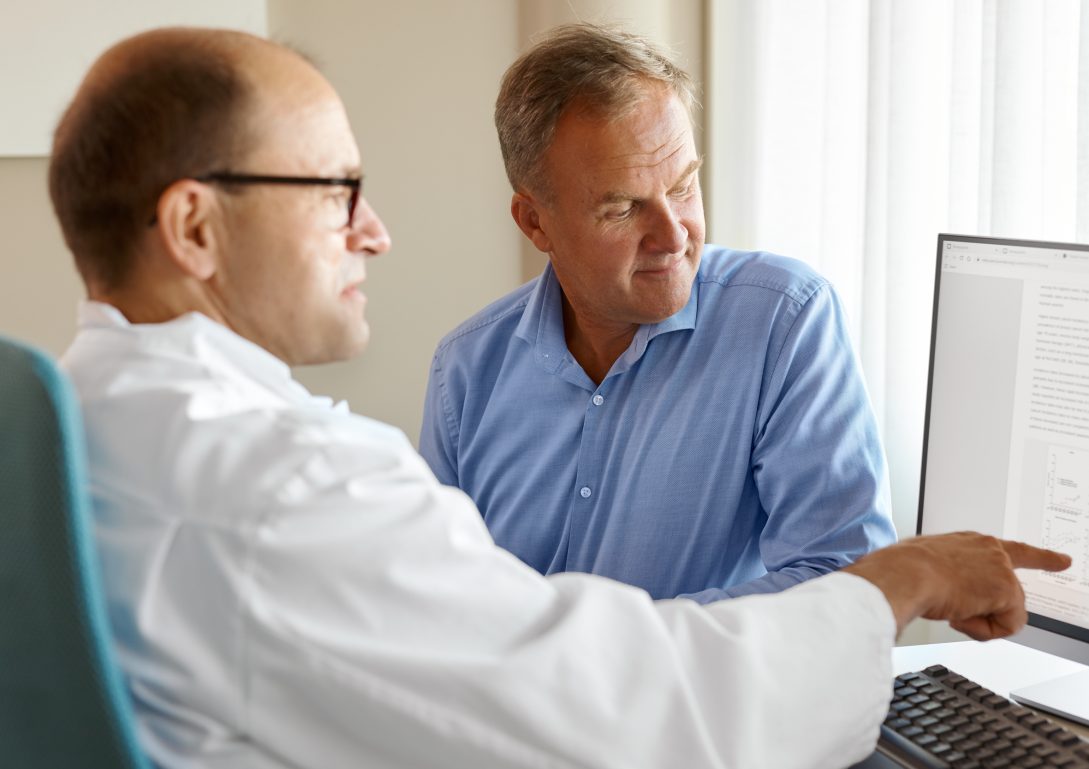 Radiotherapy is an effective form of prostate cancer treatment. It is replacing surgery in the treatment of stage 1 prostate cancer, as in addition to effective treatment results, the modern state-of-the-art radiation technique enables patients to preserve better quality of life in comparison with that after surgery.

The effective treatment results are a consequence of the fact that the targeting of external-beam radiotherapy is more precise than earlier. Therefore, it is safe to use higher radiation doses than previously, which is proven to enhance recovery from prostate cancer. At the same time, side effects are less intense than before, as thanks to the better targeting of radiotherapy, the healthy tissues are spared from radiation exposure.

Docrates Cancer Center utilises the most advanced modern radiology techniques in its treatment of prostate cancer.

In external radiotherapy, radiation is usually produced with particle accelerators. Docrates has two modern Varian accelerators with the latest technical innovations. Depending on the patient’s wishes, we will explain the functioning and technology of the radiotherapy unit before the first treatment session.

A cycle of curative radiotherapy typically takes eight weeks and the treatment is administered five days a week. Each session takes about 15 minutes.

In the external radiation therapy of prostate cancer we primarily utilise the RapidArc radiotherapy technique, which conforms the radiation dose to the tumor’s three-dimensional shape. RapidArc is an effective healing method  in the treatment of local, medium-high-risk and high-risk as well as locally advanced prostate cancers in combination with interstitial HDR brachytherapy.

In RapidArc radiation therapy, the radiation dose is focused precisely on the entire treatment area, whereby the radiation dose targeted at the tumor is as high as possible, while that at healthy tissues can be minimised. It is possible to deliver radiation doses of various sizes simultaneously to different places, which is why in locally advanced cancer the prostate, lymph nodes, and metastases can all be treated with individually-targeted radiation at the same time. As a single treatment does not last long, even the inaccuracy caused by the fact that patients tend to move is minimised.

The effective, fast and safe hypofractionated streotactic body radiation therapy (SBRT) can be utilised in the treatment that aims at curing a low-risk localised prostate cancer. SBRT is suitable for patients who cannot be anaesthetised (i.e. interstitial HDR radiotherapy or surgery cannot be used). The technique can also be utilised, when the prostate is enlarged or there is need for palliative treatment of ureteral obstructions. In palliative treatments the results of SBRT have been very good.

When prescribing and planning hypofractionated stereotactic body radiation therapy, the physician takes into account, among other things, the age of the patient, the aggressiveness of cancer, the size of the prostate, as well as existing ureteral problems. If necessary, hypofractionated stereotactic body radiation therapy can be combined with other forms of treatment, such as chemotherapy, hormone therapy, and nuclear medicine techniques.

Thanks to the technical advancement of radiation therapy, SBRT radiotherapy has been extensively introduced especially in the treatment of prostate cancer over the past five years.

Adverse effects of radiotherapy are milder than those after prostatectomy

As it is possible to target the radiation dose to the tumor precisely, for example urinary incontinence and impotence occur less frequently than after surgery.

At Docrates Cancer Clinic, another way to minimise such side effects is to use SpaceOAR hydrogel as part of the standard treatment for all prostate cancer patients prior to radiation therapy. SpaceOAR hydrogel is injected into the space between the prostate and the rectum during prostate radiotherapy. The procedure is done to push the rectum away from the prostate. It will significantly reduce the rectal radiation dose, thanks to which the patients will not suffer from persistent diarrhea, which previously used to be a rather common side effect. 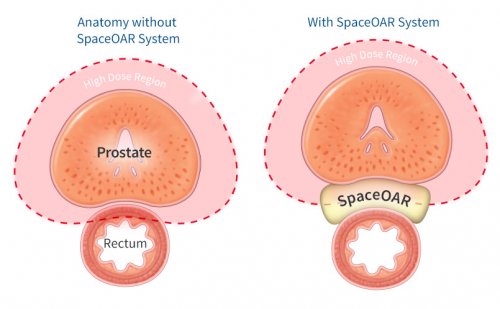 Thanks to SpaceOAR, the radiation dose to be directed at the prostate can be safely increased, thus intensifying the treatment among high-risk prostate cancer patients. SpaceOAR also enables so-called salvage radiation therapy after prior external beam radiotherapy in the event of recurrence of the disease.

The hydrogel can be injected while the patient is under local or general anesthesia. The procedure can be performed in connection with the insertion of gold markers that will assist the radiation oncologist in accurately targeting the prostate. If needed, radiation therapy can be started already on the following day.  The gel will be gradually absorbed and cleared through the urine over about 3-6 months.

In addition to the up-to-date radiation equipment and most advanced technical applications, Docrates has first-class imaging capabilities, which enable us to locate the targeted tumor very accurately. The precise locating of the cancer as well as up-to-date, very accurately targeted radiotherapy together create the prerequisites for the world-class radiotherapy that is offered at Docrates.

In addition to the first-class technology, Docrates employs specialists skilled in radiotherapy and imaging facilities, whose long experience is available for our patients. Experienced oncologists together with physicists make an accurate radiation treatment plan, utilising artificial intelligence and software craftsmanship. At Docrates, the planning of radiotherapy is real team work, and in addition to an oncologist and a radiology specialist, a hospital physicist and a radiologist, even a urologist, a nuclear medicine physician and a radiographer can all be involved.

Your safety is the most important to us

Many cancer patients have several concerns when it comes to the coronavirus pandemic, e.g. how does the situation impact my...

Genuinely personalised cancer treatment – What does it mean?

Genuinely personalised cancer treatment is based on genetics and individual needs. At Docrates Cancer Center, treatment is supervised by Chief... 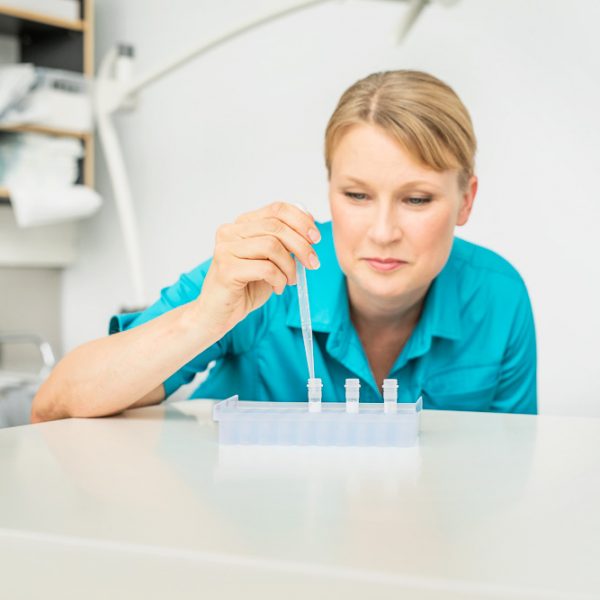 The physicians of Docrates Cancer Center took part in a major event organised by the American Society of Clinical Oncology...