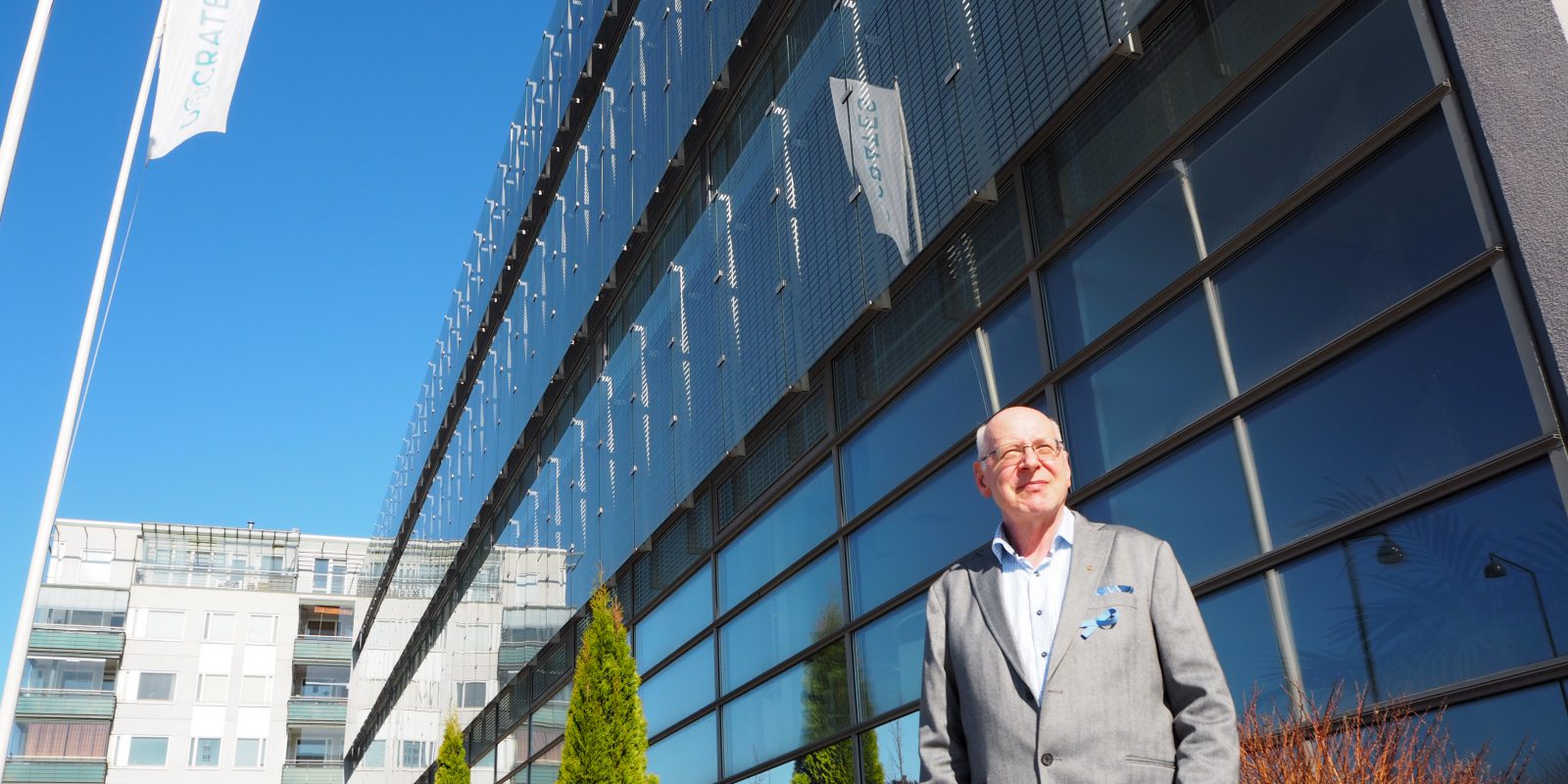 Prior to Risto Laitinen’s prostate cancer diagnosis, his PSA levels were monitored through routine checks performed by his occupational healthcare provider. For years, his PSA level was slowly rising.

– At some point, I started having some prostate issues, but nothing bad. In 2008, I didn’t go for a PSA test, and in 2009, my PSA level was found to have risen quite a lot. I was referred for further testing, and a biopsy was taken. In March, the statement from the pathologist came. My urologist called me to tell me that I had prostate cancer.  An appointment was scheduled for me three weeks later.

– I had been thinking that there was something going on. Still, when the result came, it felt unreal. I thought I was going to die. At the time, I didn’t know much about prostate cancer, but I started to research the topic when the biopsies were taken, says Laitinen, who has later become an active member of the Finnish Prostate Cancer Association.

– My urologist told me that I would be treated with robot assisted surgery. I tried to ask about alternative treatments but was told that surgery was the only option. He also informed me that I would lose my sexual abilities. It was a very brief appointment. After this, I started researching the topic and other treatment options. I visited another urologist to get a second opinion, and was once again advised that surgery was the solution. I called Hannu Tavio, who was the Executive Director of the Finnish Prostate Cancer Association Propo at the time. He asked if I had considered radiotherapy. I told him that such treatment had not been offered to me. Tavio advised me to visit Timo Joensuu, a specialist in cancer and radiotherapy, at Docrates Cancer Center to discuss different treatment options.

– Timo Joensuu examined my entire PSA history, which is very important in monitoring and diagnosing prostate cancer.  PSA development differs from person to person. The PSA value itself does not tell you everything you need to know.  Based on how quickly my PSA levels had risen, Timo Joensuu suspected that this might be a case of high-risk cancer—higher than the statement from the pathologist had suggested. The test result may have been affected by the precision of the sampling. Timo Joensuu told me that my cancer might be Gleason 8–10 cancer in stage T3, which means that the tumor has grown through the prostate capsule, Risto Laitinen explains.

– The hormone treatments then continued for another six months, and after the treatments were completed, my PSA levels were monitored at Docrates, Laitinen explains.

– Timo Joensuu told me that he would do everything he could for me. That made an impression. I developed a strong confidence in Joensuu’s expertise. I came to Docrates from my home in Vantaa every day. I was able to schedule the treatments according to my needs and wishes.  I remember Timo Joensuu telling me, after the radiotherapy had started and the PSA levels began to decrease, that it looks good, as a quick decrease is a sign of successful treatment. To ensure that the cancer would not be able to spread, the lymph node area was also treated, Risto recalls.

Risto Laitinen recalls the rise in PSA levels and the side effects of the treatment.

– My PSA levels began to rise quite moderately around a year after the radiotherapy and hormone treatments. In 2012, there were a couple of temporary PSA spikes, which, according to my understanding, were caused by antibiotics and antiviral medication. The hormone treatments caused side effects such as heavy sweating and frequent visits to the toilet for several months. The situation calmed down, but I gained some weight that seems to have stuck.

Risto became involved in Propo in 2009 as he himself had found it difficult to find proper information and support when he became ill.

– Partly because of my educational background, I am a person who wants facts and information. The members of Propo Kamppi’s peer support group wanted more information about things such as different treatment options for prostate cancer. As I did not get help myself, it feels good to be able to help others, Risto explains.

– Propo’s peer support evenings focus on peer support. The men can chat and exchange experiences of prostate cancer, treatments and life after cancer. The partners of patients are also welcome to attend. We try to view the situation from the patient’s perspective. We can share our views on how the patient might move forward when it comes to examinations, treatment options and clinics, but it is always the patient who has to make the final decisions and choices. If necessary, we can also accompany patients to appointments and ask about things that are important to the patient. The participants in Propo’s peer support events are of all ages from 50 years upwards. We have also travelled together, Risto continues.

– When I made the decision to choose radiotherapy instead of surgery, I felt a sense of relief for the first time. In the spring of 2009, I was told that I would be placed on the waiting list for a new robot-assisted operation, but the scheduling was not known because of summer holidays and other factors.  In other words, the situation was unclear. And there was also the question of what treatment to use when two doctors were of different opinions, Risto recalls.

Docrates was able to treat him immediately.

– The treatments and guidelines were very flexible at Docrates. I am very happy with the treatment that Docrates has offered me, Risto says.

Risto was active in sports when he was younger. Those experiences continue to give him strength. He was even a Finnish youth pole vaulting champion in 1964. It is a great joy for Risto to be able to participate in the peer support work.

– Member surveys have shown that our members are happy with the peer support group of Propo Kamppi. They receive information, and survey results have indicated that they consider the atmosphere here to be safe. New friendships are forged. The peer support activities help the participants feel better and constitute an important support network for many. I have also made new friends through Propo.

Risto encourages other men to participate in Propo’s meetings.

– When participating in a peer support group, you are not alone with your illness.

“I hope that my story can give others hope and confidence that it is possible to survive cancer. I would once more like to thank the experts who have treated me.” – Risto Laitinen